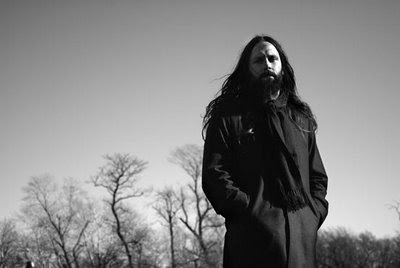 Bruce has recorded wth the japanese black-metal turned space-prog band Sigh (The End),East West Blast Test (on Ipecac), Ken Vandermark for one of the next Dalek records, Jai-alai Savant ( out now on GSL),Cephalic Carnage (relapse), Minsk(relapse), Nachtmystium (century media), Rabid Rabbit,Poison Arrows (file 13), Sectara,STAYTE (13th planet), Brutal Truth,Hex Machine, and others. In july of 2006 he made is debut solo perfomance using a looper pedal and effects along with saxophones, guitar, voice, harp, and percussion.

He has performed along side Scott Kelly (neurosis), Battles, John Cale (Velvet Underground) Toby Driver(kayo dot),OM, Daniel Higgs (lungfish), Lichens, and appeared at the Relapse and Furniture record showcases @ the SXSW music festival.He has also sits in with Stooges sax man Steve Mackay and his band the Radon Ensemble. Hes jammed with the Akron Family, Midnight Snake,Michael Zerang,Eugene Robinson(oxbow),Borbetomagus (recording out there somewhere), and teamed up with Mark Solotroff (bloodyminded, recording due in the spring of 09) .In june 2007 he recorded his first offical solo debut entitled "Feral Songs" due out on Neurot in 2009.

Labels: history
Newer Posts Older Posts Home
Subscribe to: Posts (Atom)
"Started in 1974, WZRD is one of the first and only free-form radio stations out there. Unlike other formats, even the Jack format, there is no restriction on what's playable on air (save FCC regulations). It would not be unheard of to hear Tibetan Buddhist chants, early 80's punk rock, eclectic mixes, a spoken word piece and public service announcements in succession. They also have one of the longest running live band shows on Thursday nights."